I am Coach Jenn

Originally I am from Texas but now I spend my time traveling North America teaching others how to become more confident and mentally tough. I have a passion for Coaching Teens, making inspirational educational videos and I love Softball. I am a Non-Parent Coach and I am excited to join the INDY CRUSH Fastpitch Organization for the 2017 Seasons and beyond.

"If Jenn Starkey is coaching somewhere, I want my daughter playing for her. She teaches the game of softball and life lessons. My daughter is not only a better ball player now, she's also much better prepared for life in general. She is winning on and off the field. Fastpitch is fun again." 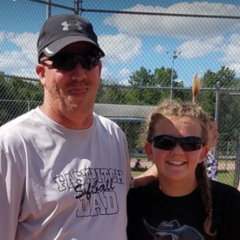 In short. Coaching Softball is fun and makes me a better person.

As a non-parent coach, I take my commitment to the families I influence very seriously. Many of the athletes I am currently coaching have aspirations of playing softball at a very high level, collegiately and even professionally. As we move to the 14u level the goal is to bring a group of girls together that have like-minded goals and aspirations, that will inspire each other to continue to grow as leaders on and off the field.

My primary objective as a coach is to foster a positive and challenging learning environment, bring together a TEAM of like-minded families and be a role model for person growth.

I AIM  to provide each individual athlete the best opportunities to grow in pursuit of her goals.

An Improtu Video From a few of Jenn's current players:

Last Sunday, I asked the girls before warm ups... " Hey guys! One of my Mentors doesn't understand travel softball and wants to know what I am doing all day. How would you explain what I do?"

This is what they said:

Why I Chose to join the Indy Crush Organization

'You are the average of the five people you spend the most time with.'- Jim Rohn.

#1: The Leaders : After having lunch with the Founder of Indy Crush Lorenzo Walker and his Amazing Wife Angie, It is clear even after over 20+ years of being involved in coaching, their love and knowledge of the game only continues to grow. They both inspire me TO GROW as a leader. They are the kind of people I enjoy spending time with and model the kind of examples I want to set for the athletes I have the opportunity to coach.

#2: The Reputation: Indy Crush has had a national presence at larger showcase and national tournaments around the country. Making it easier to create opportunities for our girls to compete against high level competition.

#3: The Relationships: Lorenzo Walker is on the cutting edge of what is going on in the USSSA and USA Elite Select World, as well as having a positive working relationship with many College Coaches. As the girls get closer to recruiting age, WHO you know matters. We want to give every advantage we can to the girls who are committed to their goals and becoming the very best teammate they can be.

Find Confidence Boosting Videos, Blogs and messages to share with your Athlete  on the Fastpitch Fit Facebook Page. 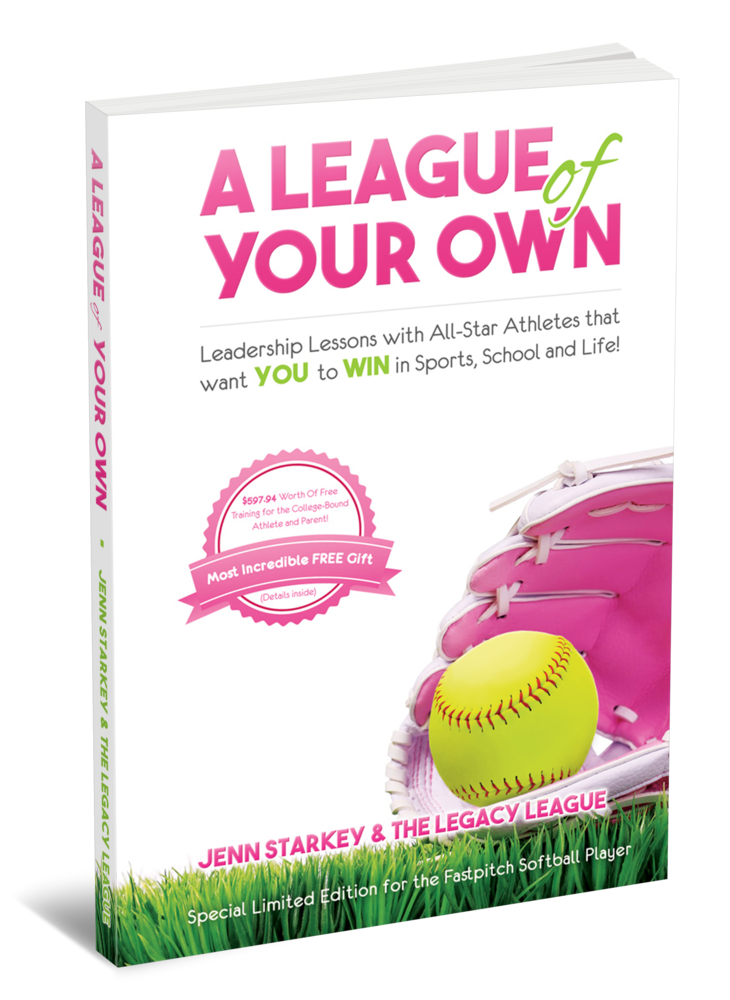 Learn More about Coach Jenn's Philosophy on Sports, School and LIFE in her Leadership Books for Softball Players!

Imagine if your teen athlete had a game plan—a step-by-step guide to help her build confidence in sports, school and in each area of her life. Jenn Starkey's breakthrough book, A League of Your Own is a game plan for success and confidence on and off the field for the teen girl athlete.

Off the softball field, Jenn Starkey is a Best Selling Author, Motivational Speaker and Founder of MVP Leadership Academy. She has made it her life's mission to help give teen girls the tools, the team and the toughness to WIN in sports, school and life.

Coach Jenn grew up in Texas where she worked hard to earn her athletic and academic scholarships to play softball at her dream school; NCAA D1 Long Island University, in Brooklyn NY as a Catcher.

She later transferred to her second choice dream school, Savannah College of Art and Design, where she studied how to make movies. While at SCAD, Jenn helped lead her team as a Pitcher to win the conference championship and advance to the NAIA National Tournament.

Jenn has been coaching youth softball and giving private lessons since 2007. Many of her players have already gone on to play softball at the collegiate level. She believes if you really commit to the process, you have the opportunity to compete at the highest levels this game..

Today, Jenn works with top youth athletes from across the country on how to master the mental side of the game, as well professionals who want to separate from the competition and use their platform to make an impact.

"It's been such a blessing to have Jenn as a Coach this past year. She has instilled confidence and leadership into each and every athlete... definitely a coach who deeply cares about her players. She fosters the environment to get them to play their best both individually and as a team. It's been an awesome experience to watch me daughter's physical and mental game improve. The growth not only on, but off the field is priceless." 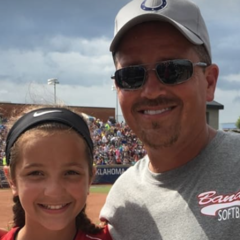